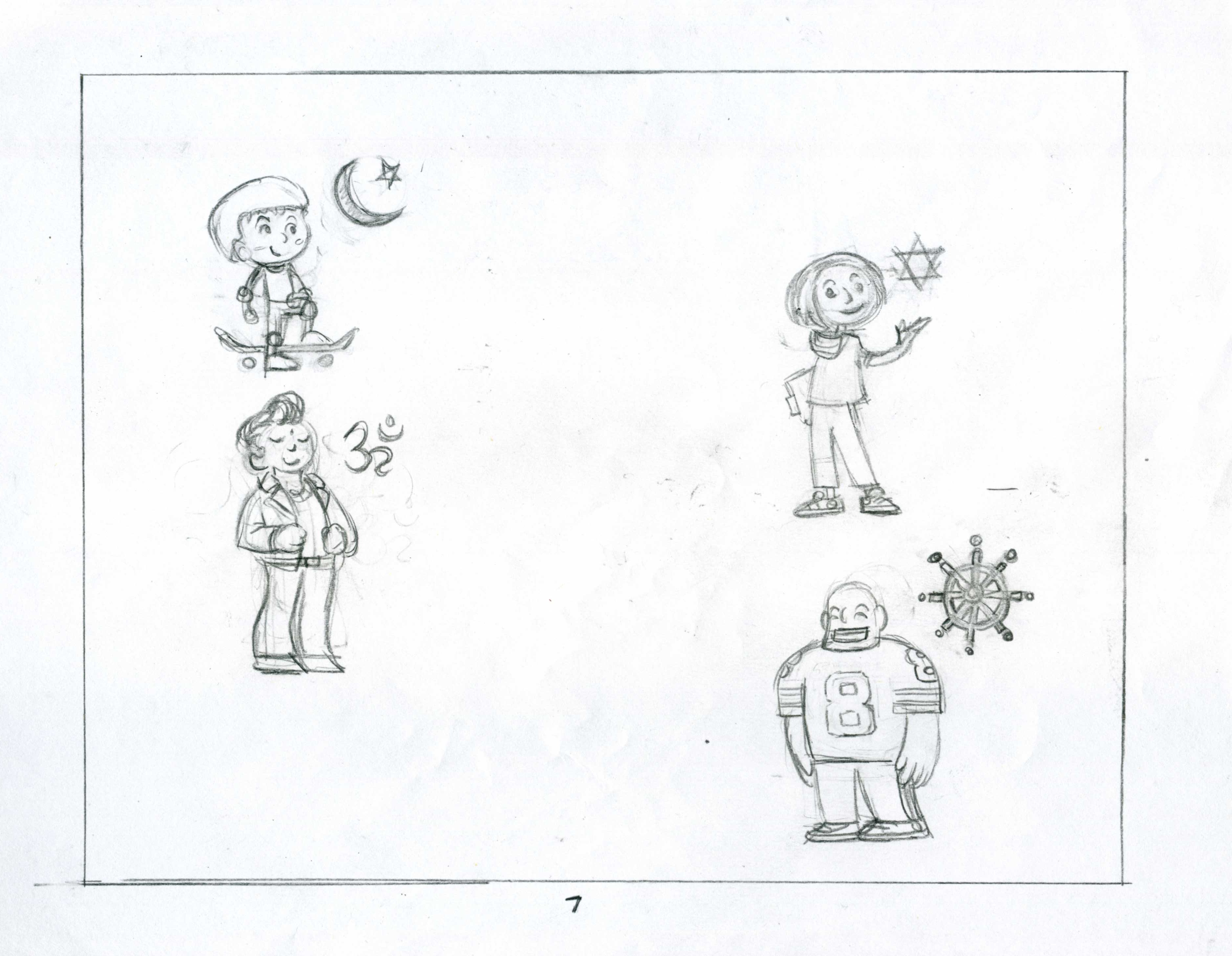 Peter also knew that “Christians” were not the only people that had rules, and believed in big letter “G” gods.

Peter’s best friend, Aafa, was ‘Muslim’ and they believed in only one God they called, Allah.

So did their dentist, Dr. Levi, who was “Jewish”. They called their god Yahweh.

Mom’s high school friend was “Hindu”. His religion was one of the oldests in the world, and it had many gods and goddesses.

Their neighbor, Bob, was “Buddhist”.
They did not exactly believe in gods, but rather that everyone had the potential to free their spirit, and become “enlightened”, which was like being very, very wise.